The medical term for mole

Flat or elevated, pink brown or darker skin lesions usually growing during the first, second and third decades of life. Patients with many naevi (for example over 50) do need to be highly self-observant about the possibility of malignant melanoma development.

This term refers to a blemish on the skin varying between pink and brown in color. Naevi or moles, usually appear between the ages of about four and thirty years. In other words, it is common for naevi to appear throughout early adult life. A very small number of naevi are actually present and visible at birth. These are called "congenital naevi".

If changing, irregular or dark, an urgent consultation with a skin cancer expert is essential and available here.

It was once believed that congenital naevi carried quite a high chance of skin cancer development later in life but we now believe that this chance is much less. The total number of naevi appearing on the skin can probably be minimized by avoiding sunshine exposure in childhood and young adult life.

There is a particularly dark type of naevus known as a "blue naevus" - but despite its dark colour, this lesion is BENIGN.

Naevi are incredibly common but melanoma is rather rare. Nevertheless, any changing naevus should be viewed with suspicion. However, the commonest cause for a naevus changing is inflammation as a result of either injury or infection. Skin surface antibiotic creams are therefore often very helpful for an inflamed mole but if the inflammation fails to settle within a few days then a medical opinion needs to be sought. Have a look through the images on this page to view some samples of irregular and suspicious moles 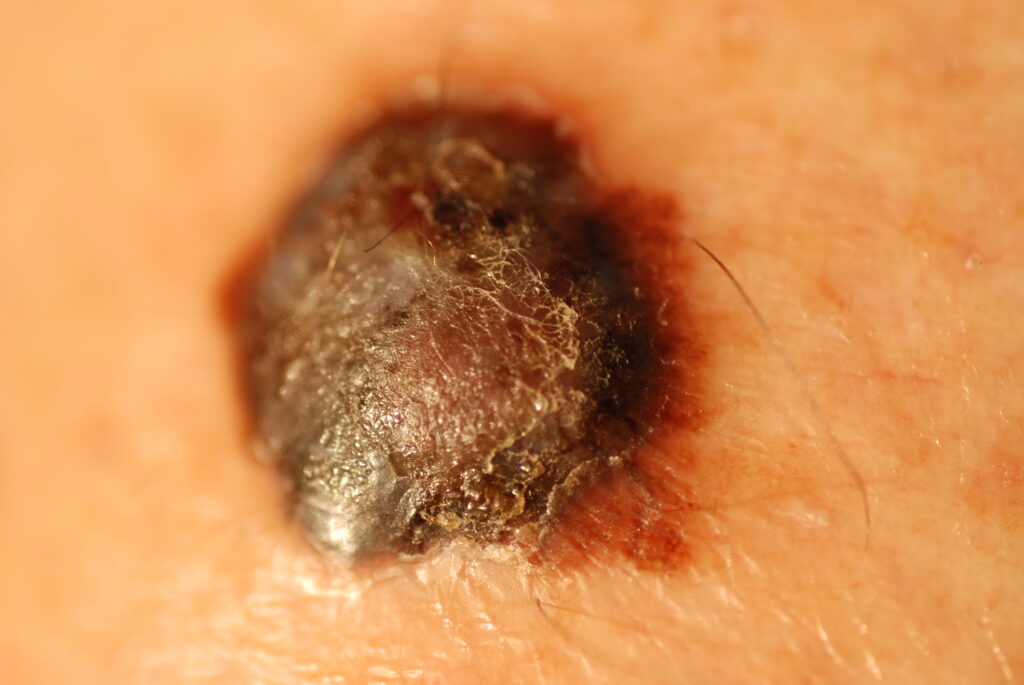